One night I brought Little Sammy Davis down to the Stanhope House to check out The Kim Wilson Blues Review.  Rusty Zinn was playing guitar and Gene Taylor was on the Keys.  Kim was the only harp player I ever saw who intimidated Sammy a little bit.  When they took a break though I kind of pushed the issue a little bit with Sam and introduced him to Kim and the boys.  They were extremely respectful of him and he got up and played with them.  A few years later Rusty recorded one of Sammy’s songs.  Many years later I was at The Chenango Blues Festival and the T-Birds were there.  Hanging out in the Barn I asked Gene Taylor if he remembered me bringing Sammy to the Stanhope House that night and he said no he didn’t…….. just then I felt a tapping on my shoulder and I turned around to a huge grin on Kim Wilson who said ” I Remember” !!! 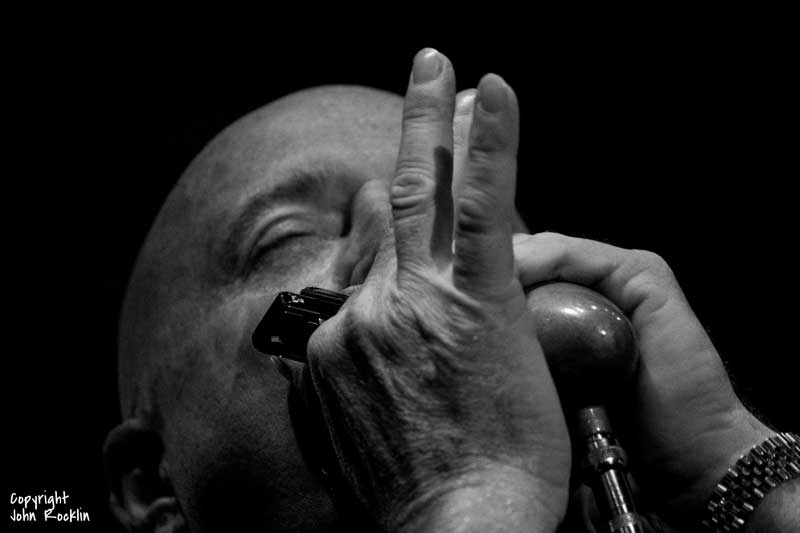