I have been watching the New Documentary about Keith Richards, “Under The Influence”, a few minutes at a time while I eat lunch and breakfast.   I was just moved very much by an old clip of Buddy Guy from the early sixties that was in the film.  It is amazing how much we can be moved by real music.  I just wish everyone knew how good the stuff they will probably never hear or see is.  I have been lucky enough to have seen Buddy a few times over the years and took this photo while shooting @ the New York State Blues Festival in Syracuse in 2007.  I wish I could go back in time though and see him when it was so raw  like in the clip I watched today.  I also loved his work as a guitarist to Muddy, Big Mama Thornton, Junior Wells and so many others.  Not only was he a wild & raw frontman but was able to hang back and put a perfect bed of lettuce under the scoop of tuna of whomever he was working for. 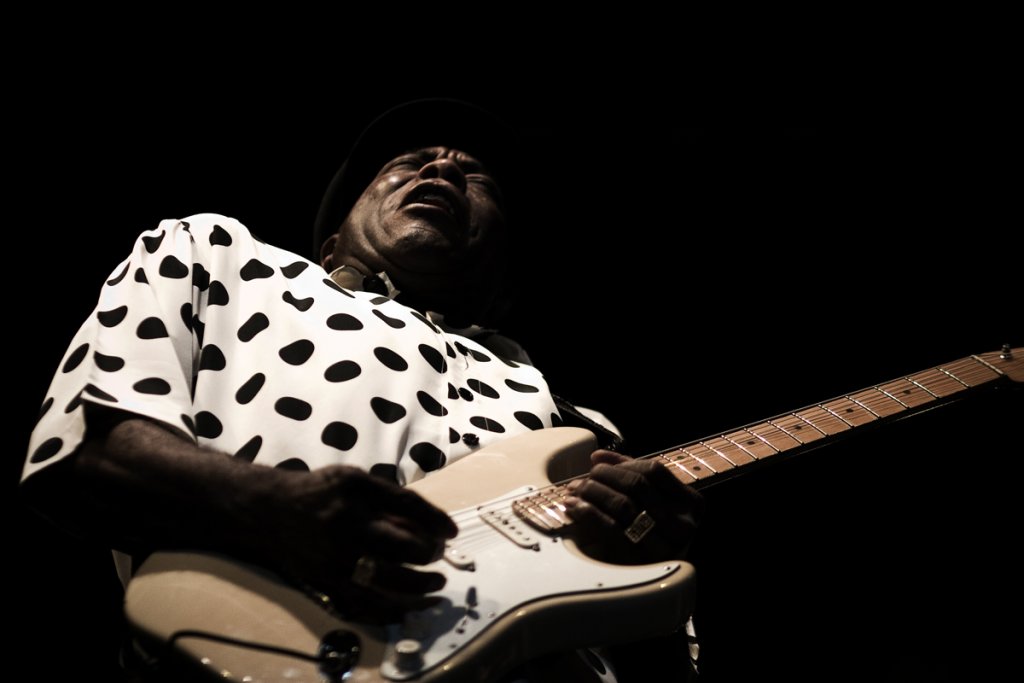