Glad to see my buddy Sean doing well in the world of the Blues !! 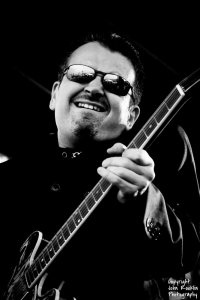 I first met Sean many, many years ago when I was an Off-Road Congressman for the American Motorcycle Association.  Every year I would spend a few days in Columbus Ohio & was lucky enough to have found Sean playing in a local tavern on my first trip.  We have been friends ever since and I had him play at my Honesdale Roots & Rhythm Festival in 2007.  I am glad to see him doing well as he deserves to for all the many years of dedication and hard work that he has devoted to his music.  I have been lucky enough to have worked with him as well as enjoyed his shows quite a few times.  This month he is the cover story of Blues Blast Magazine, look him up @ http://www.bluesblastmagazine.com/issue-9-51-December-17-2015/